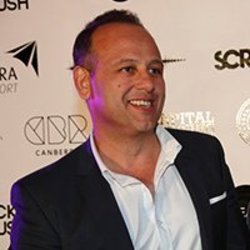 Having worked for a number of years in the hospitality industry, Alex transitioned into media in 2001 with a view to singing the praises of Canberra’s burgeoning food and wine scene. In 2005, after working at City News and Capital Magazine, he launched the This is Canberra annual publications targeting the tourist market. In 2013, he assumed the role of Managing Editor at advertising agency Coordinate, and in 2015, he launched popular and highly regarded website thisiscanberra.com. As a hands-on publisher, he has worn various hats over the last decade and a half, including writer, photographer, video producer and editor. He is a strong advocate for Canberra, and is obsessed with what he calls ‘Canberra’s cultural and culinary journey.’

Luca Brasserie: The Godfather of Pizza returns to the CBD

A first look at Tipsy Bull

A Nightmare on Elder Street… Beware the Hipster Apocalypse!

Your next Lunch Pitch has to be at Wood & Coal