Business partners Cody Barter and Samuel Ecclesfield have swapped the snow for the surf with Mr Salubrious. Photo: Supplied.

Chef Cody Barter has worked in restaurants around the world – in London, Portugal and France – and across Australia. During 2021 he found himself running the kitchen at a Charlotte Pass ski chalet when COVID-19 restrictions hit.

“We were locked down on the mountain for four weeks and that was the final straw!” he told Region Media.

“I was sick of working for everyone else in such an uncertain environment. So we thought the solution to try and beat COVID was to start our own little food truck so we could just pop up when and where we could.”

Cody grew up on the South Coast, so opening food truck Mr Salubrious was an opportunity for him to move from the snow back to the surf. Based in Tomakin, Mr Salubrious now pops up regularly around Malua Bay, Broulee and Marouya. Cody and business partner Samuel Ecclesfield also cater private functions and special events, and will occasionally park at local craft breweries. The menu features a range of internationally inspired street food with a focus on tacos. Photo: Supplied.

The name for the truck was inspired by a colourful character who Cody and Samuel befriended a few years ago.

“He was a real old-school surfer,” Cody said. ”He was one of those guys that back in the ’60s and ’70s went over to Indonesia to open up new surf breaks.

“And for some reason salubrious was his favourite word and he’d use it in every sentence. We got to know him and he’d be like, ‘Gee, guys, it’s a salubrious day!’ or ‘I’m off to salubrify the town!’, which was pretty comical.”

So of course his nickname became ”Mr Salubrious”, and Cody and Samuel felt it would be a fitting name for their new food truck business. Creative flavours such as beer-battered pumpkin tacos have proved a hit with customers. Photo: Supplied.

The menu at Mr Salubrious has a strong focus on Mexican street food, with the team describing themselves as ”neighbourhood taco slingers”.

“I always had a passion for South America and Latin food. I was the head chef at The Elk and Pea in Canberra for a few years and that’s where I got my passion for Mexican, Peruvian and Chilean street food,” Cody said.

The tacos are heaped with fresh ingredients and garnished with herbs, making them look generous and wholesome. But the menu doesn’t stop there, with all sorts of cuisines likely to make an appearance. Cody’s international travels have led him to an appreciation of a wide range of street food, so occasionally there are also dumplings, Japanese snacks such as edamame beans, or a selection of ”curries of the world” on the menu. Customers can also grab cold-pressed juices and coffee. 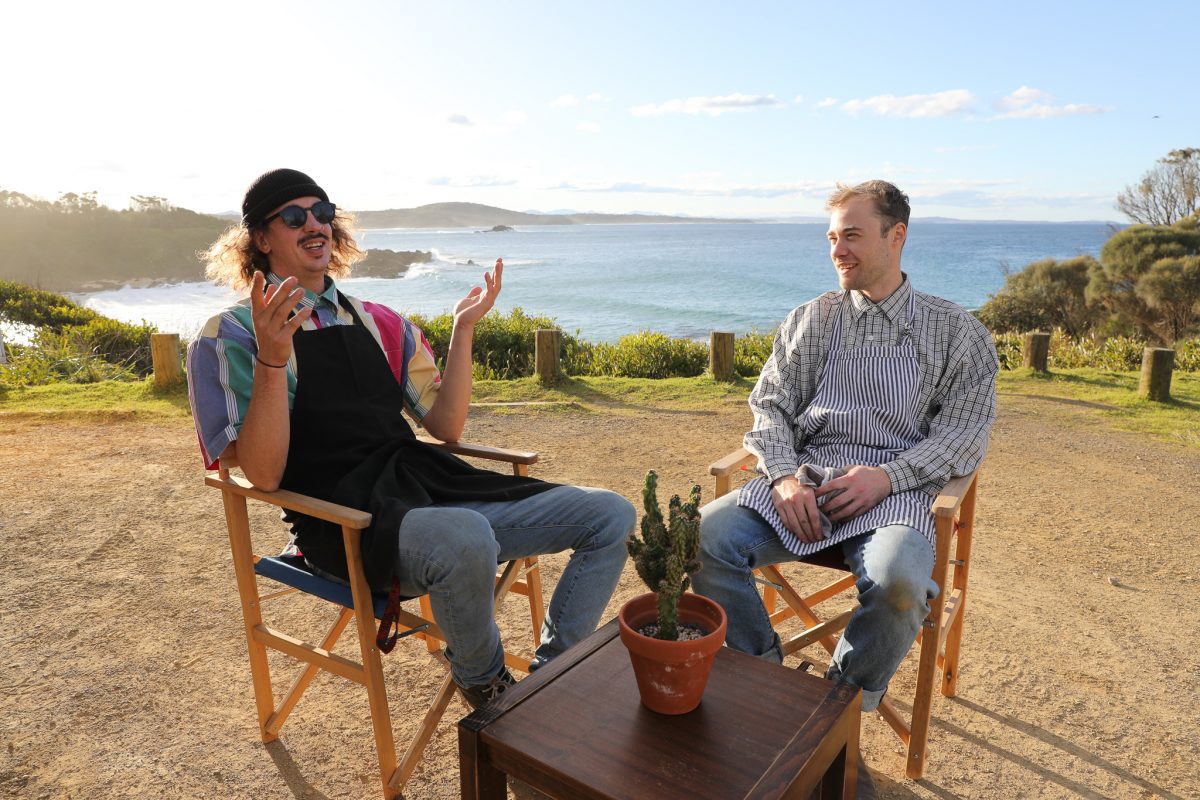 Cody and Samuel realised that a food truck allowed them more flexibility than a bricks-and-mortar store during COVID-19 restrictions. Photo: Supplied.

He says it’s become an unlikely hit, with “burly dudes” often preferring the vegetarian dish to the meat options once they’ve given it a try.

“It is a little bit unorthodox … it’s not really Mexican but it’s one of our best sellers!” Check out Mr Salubrious’s social media to see where Cody and Samuel are, or just keep an eye out for the big yellow truck. Photo: Supplied.