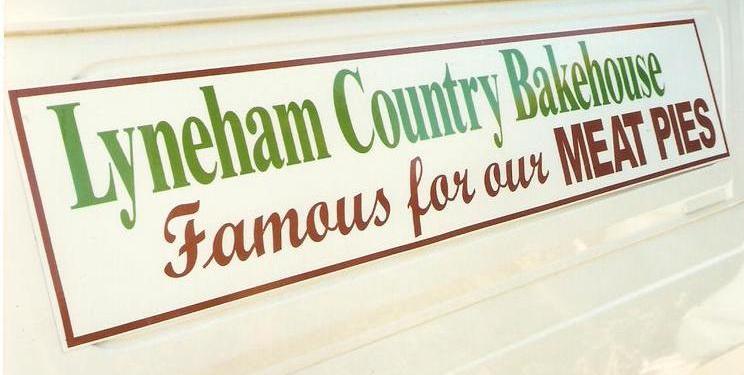 In 1983, when I was eight years old, my parents opened a bakery. With no commercial experience baking bread and cakes, they took a huge risk when they converted an old butchery in the Canberra suburb of Lyneham.

My dad, Colin, gave up a safe white-collar job to go all-in on Lyneham Country Bakehouse. He and my mum, Jan, had previous experience running a small business – C&J Sports Hire in Hawker – but Repco exercise bikes and dumbbells were no match for 3:00 am starts, pounding dough and oppressively hot ovens.

For the next few years, they worked relentlessly hard. But their endurance and dedication was rewarded as Lyneham Country Bakehouse became a local success. Soon it expanded into the vacant premises next door and goods were selling like, well, hotcakes.

Growing up in a bakery wasn’t always easy. My parents slaved away for long hours seven days a week.

My sister, Julie, and I worked onsite from a young age. Julie, three years my senior, worked the till while I lent a hand out the back.

Considering the endless choice of free cream buns, lamingtons and tarts I could lay my sticky fingers on, I never developed a sweet tooth. The defining food of my youth was the piping hot meat pie.

In the early years, the bakery’s pies were shipped in from an external supplier. Truth be told, they were a bit ordinary.

They sat in a foil tray, were flat in structure, internally gelatinous and to this day I generally dismiss any similarly shaped pie in a foil tray as mass-produced slop.

Lyneham Country Bakehouse is where you came for a uniquely oblong-shaped pie. Photo: Supplied.

My folks realised they could do better, so set about making their own. And with that, a suburban classic was born.

The Lyneham Country Bakehouse meat pie was generously proportioned, full to the brim and delicately encased in a golden pastry envelope. As a point of difference, the shape was oblong, as if scientifically designed to nestle into the palm of your hand. The range wasn’t huge, but included plain beef, kidney, mushroom and my personal favourite, curry.

As I spent more hours working in the bakery throughout my youth, I ate a lot of pies. But so did the people of Canberra as more than 1200 of them were walking out the door each week.

In 1992, a local journalist declared Lyneham Country Bakehouse the home of Canberra’s best meat pie. There was no giant novelty cheque or winners’ medallion to confirm this, just truckloads of free publicity and confirmation my taste buds weren’t as biased as I’d have you believe. There were discussions on local radio and testimonials across the capital that helped the business boom.

For a while, the pies were literally the hottest item in town.

But by 1994, years of hard slog had taken its toll and mum and dad sold the store. My days of free pies, and an expanding waistline, came to an end, but my pursuit of the perfect pie lived on.

More than a quarter of a century later, my quest to rediscover those memories in my mouth continues. Of all the pies I have sampled in my travels – from country bakehouses and cafes, to stadiums and servos – there have been plenty of beauties, and more than a few shockers. However, some examples of pie perfection stand out.

In Ulladulla, on the NSW South Coast, Hayden’s Pies delivers outstanding handmade delights. Driven by the vision of experienced chef Hayden Bridger, these are no ordinary pies, with a rotation of gourmet selections including Atlantic salmon, Peking duck, tandoori goat and wild boar that make the palate sing.

Hayden’s is the best pie shop I’ve ever set foot in.

In Goulburn, beneath the shadow of the Big Merino, Trappers Bakery is always a satisfying detour from the Hume Highway thanks to a cracking selection of country pies.

On the NSW North Coast, Fredo Pies in Frederickton, a stone’s throw from the Pacific Highway, rounds out my personal podium of top three Aussie pie shops. Its range of more than 25 gourmet varieties puts it in a select club, with its iconic crocodile pie essential eating.

It would be remiss not to mention Crispy Inn, a personal favourite in Newtown, in Sydney’s Inner West, that closed its doors a few years ago. In 2011, while living in the area, I was a regular late-night customer who made a beeline from the pub to tuck into the generously rammed oval pies with tall peaks that sat on top like pastry tepees.

One night I walked in and the ensuing exchange played out like a skit from The Two Ronnies.

“Curry?” asked the familiar face behind the counter. “Oh, it’s Gavin,” I replied. “No, curry pie?” he repeated. Through a language barrier, I thought he called me Gary.

I was familiar enough for him to know my order, but we weren’t on a first-name basis. Embarrassed, I over-ordered four pies, then sat around the corner and ate the lot.

Looking back, it was a proud moment for a bloke living a life of pie.

Do you have a favourite Aussie pie from your travels or somewhere local? Tell us in the comments below.

Original Article published by Gavin Dennett on The RiotACT.

Hot in the City: Canberra's newest dessert craze is everything it's Crack'd up to be