Gerald Ong and Esther Loke have had a huge success with their Project Enoki pop-up in Verity Lane Market. Photo: Supplied.

Who is Gerald Ong? I’m head chef at Project Enoki in Verity Lane.

Best recent dining experience: It was at our house, with a few take-away items from around Canberra. The ready-cook eggplant parmigiana from The Italian Place Providore & Bottega in Braddon was highly recommended by a friend of ours. We baked it at home and paired it with a bottle of Ochota Barrels pinot noir from Paranormal Wines in Campbell, while watching Harry Potter. It was divine.

Most embarrassing pantry item: The Natural Confectionery Co gummy snakes. I always have them in my pantry, and I love the green ones most! (To whom it may concern, please make a “green snakes only” pack if you’re reading this.) I eat them through the day for the moral support and nutrients they provide. Must-buy ingredient: Citrus. I couldn’t cook without it, and I use it in many different forms throughout the year. I love limes, finger-limes, lemons, grapefruit, pomelo, blood oranges and most definitely kaffir limes and their leaves. Citrus helps turn any dish from dull to electric. Zero to a hundred. Most of the time all you need is a squeeze of lemon or lime to make a dish sing.

Next big thing: Those who have worked with me would tell you I’m always on about the virtues of koji. Koji is a culture, also known as aspergillus oryzae, that’s used to make miso, sakes and soy sauces, but it’s so much more versatile than that. I cultivate it at the shop and use it to enhance my cooking. It embellishes the palate with just the right amount of umami and allows the natural flavour of the produce to linger much longer.

Favourite place for breakfast in the ACT: I’m not much of a breakfast person, but my wife Esther and I really enjoy Trev’s at Dickson. It’s got great outdoor seating so we can bring our Australian shepherd dog, Autumn, and they do the breakfast classics really well. Think straight-up honest eggs benedict with hollandaise and a good freshly made juice to set you up for the day.

My Canberra food secret: Myanmar Corner in Casey is a well-kept Canberra secret. It does exceptional Burmese food and their modern approach to the authentic flavours of their home country really reverberates with me. Their fermented tea leaf salad and Shan noodles are a must-try! The other outstanding secret is Melted Toasted Sandwich Emporium in Fyshwick. I often tell people it’s the best restaurant in Canberra. Anything on their menu will knock your socks off. Biggest culinary influence: There have too many people to name who have mentored and influenced me, but in Canberra that title belongs to Chef William Suen. Affectionately known as Wai Kor, he has been the wok-master at Chairman & Yip since day one. He is the 70-year-old hardened veteran with the mouth of a Cantonese sailor, but who also dances like a ballerina on the wok section. He demystified the world of Cantonese cuisine for me. It was definitely a school of hard knocks learning under him, as we didn’t even speak a common tongue, but I wouldn’t be able to do what I do today without his mentorship. I have so much admiration, love and respect for this man.

Favourite cookbook: My favourite cookbook is Astrance: A Cook’s Book by Pascal Barbot. I bought it many years ago with my first paycheque as an apprentice in Singapore. Besides the sentimental value, one of the pages in this book changed my life. It was a dish of prawn and satay sauce. Pascal Barbot, considered one of the most respected Michelin-starred chefs in France, used a South-East Asian condiment like satay sauce. I thought at the time, what’s to stop us from celebrating the rest of the South East Asian larder in haute cuisine? This cookbook from France made me so proud of my own heritage and cuisine. Who I admire on the Canberra food and wine scene: The ones to watch are Keaton McDonnell and Daniel Giordani, the owner-operators of Ondine European Brasserie in Deakin. Keaton is such a talented and thoughtful chef when it comes to flavour combinations and his approach to French cooking. Combined with the business direction and front-of-house vision of Daniel, Ondine is a tour de force on the Canberra Food and wine scene.

What’s on the menu this week: The menu at Project Enoki is inspired by the flavours of Singapore and South East Asia, sharpened through the lens of modern Australian technique. Everything is designed to share and we change our menu every week with the goal of developing ideas and testing out our wackiest creations. I’d be mobbed if I took any of our three signature dishes from the menu: the steamed scallop with vermicelli, black pepper sauce and hazelnuts; the satay cauliflower and split coconut curry; and our burnt Basque cheesecake. The Charcoal Restaurant has been a Canberra institution for decades. Photo: File.

Where I’m going next: Esther and I have always wanted to try Charcoal Restaurant in the Melbourne Building but haven’t had the chance to yet. They say it’s Canberra’s oldest restaurant and we love how charming the space is every time we walk past it.

Death row meal: Bak chor mee from Tai Wah Pork Noodle hawker stall in Singapore. It’s a bowl of noodles with minced pork and offal accented by spice, pork lard and black vinegar. I’ve eaten this bowl of noodles from this particular stall in Singapore since I was a young boy. They are so amazingly delicious that they have been awarded a Michelin star. It would also be my death row meal, mainly to avoid queuing for hours to get it. Project Enoki’s burnt Basque cheesecake is one signature dish that simply can’t be taken off the menu. Photo: Supplied.

My COVID-19 response: Opening the Project Enoki pop-up was my response to COVID-19. In 2020, with the overall anxiety and state of affairs, I figured that many would take this time to diversify and learn a new skillset. I also thought that if things were to go belly-up forever, I wanted to tick more boxes off my bucket-list. If Project Enoki failed, I’d walk away with an education at a significant discount compared with a university course. Thankfully, the pop up has gone much better than expected. I have the best job, doing what I love most, and I get to work with my amazing wife and a fantastic group of people.

My really simple recipe tip: An Asian-style omelette. This technique is ubiquitous in South East Asia. In Singapore, we have it traditionally with oysters (the dish is called Or Luak). But you could pretty much have a good Asian omelette with any leftovers in your fridge. To your usual omelette recipe, add a tablespoon of corn starch slurry (1:1 corn starch to water). On cooking the omelette, start it at a higher temperature in the pan with more oil or lard than you would normally use. I like to add white pepper, oyster sauce and garlic chives to the egg mix. The omelette comes out crispy on the edges, caramelised and with a little more body and bite than if the corn starch slurry had been omitted.

The Project Enoki pop-up at Verity Lane Market in the Sydney Building ends at the start of March. Gerald is currently creating the menu for Dear Prudence, Project Enoki’s soon-to-open neighbour. Follow Project Enoki for announcements on Gerald and Esther’s next project. 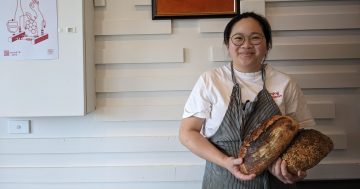 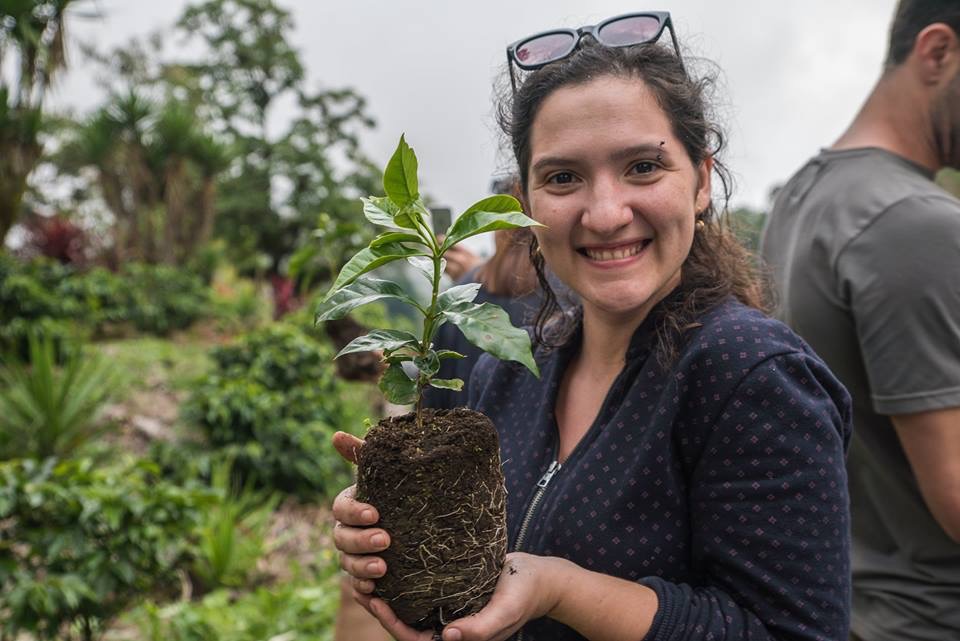