“When everything breaks down, there’s a point where it also breaks open,” says photographer Sammy Hawker.

She’s talking about the effects of COVID-19 on her arts practice, but she could just as easily be referencing her immersive works, created by lugging a film developing kit to the bush or the beach and processing her negatives using elements she finds on site.

Seawater and its corrosive effects, rainwater from the top of Mt Ainslie and muddy water gathered from Lake George play a part in creating striking images for Acts of Co-Creation, her solo exhibition at the Mixing Room Gallery in Griffith.

Fractals and crystals form on works made at Twofold Bay, Rosedale and along the Bingie Dreaming Track. Seascapes, black cockatoos, scribbly gum tracks, high country streams and cicadas create a tapestry of images made with, and by, the things of the earth.

Samples of earth and eucalyptus bark are mixed with silver nitrate so “the visual expression of vibrant matter becomes apparent”, and Hawker displays her materials in the show too, including bottled waters, seaweed film developer, casuarina pods, ground-up bark and lichen.

A massive image of rocks rising from shallow waters of Lake George, called Ngungara, was created from a roll of medium format film and processed to reveal an image of shimmering power. Artist Sammy Hawker working in the studio on her exhibition, Acts of Co-Creation. Photo: Rohan Thomson

A cinematographer before COVID-19, Hawker had plenty of time to reflect and walk when the pandemic hit. Daily walks on the O’Connor Ridge prompted deep thinking about the earth and representing it in a meaningful and beautiful way.

Locked out of Photo Access (where she currently has a residency), Hawker began developing images in her laundry and on-site. As lockdown began to ease, she reached out to traditional owners, including Tyronne Bell, who took her into the bush and talked about its stories.

All works in the exhibition carry an acknowledgement of the country where they were produced, and a share of profits from works sold will go to three Aboriginal corporations who work on Ngunnawal, Yuin and Ngarigo country.

“I would take the black bag developer and water, a stop bath and fixer with me”, she says. “I even lugged my scanner to campsites with power, like Depot Beach at Murramarang. I’d develop the negatives and hang some string at the campsite for them to dry.”

On other shoots, Hawker would rig up a DIY developing suite in country motel rooms, using a hairdryer on the negatives. Since the elements she uses can often be corrosive, judging when they’re finished is a fine art.

Hawker would originally stop when there were a few salt marks, some intriguing patination on the negatives. Now she’ll push the process much further on some works, to the point of abstraction.

“Dark Crystals was about half an hour away from disintegrating completely, but it would never have become such an interesting work if it wasn’t in the water for so long,” she says.

“Process to me is just as important an outcome. I find the works really interesting because they don’t often feel finished. They’re framed and static on the wall but have a potency to them because the landscape is literally inside them.

“I’ve taken away some agency as an artist and given it to the landscape itself.” The show has an undertone of sadness, created in the aftermath of the Black Summer, drought, hail and the pandemic. Hawker admits it’s a reminder of how much we have to lose from alpine snow gums to pristine beaches.

But her own thinking has changed about what that means. She says humans need to be conscious of the change we’re wreaking, but focusing on landscapes as dysfunctional is anthropocentric in many ways.

“Landscapes are regenerative. The world’s landscapes will be fine with their own systems and order, however we feel about it,” she says.

“Throughout this show, there are key messages of listening to traditional custodians on how country works. It’s about active listening – stopping and trying to become more aware of quieter frequencies and symbiotic relationships that exist all around us.”

Acts of Co-Creation by Sammy Hawker is at the Mixing Room Gallery, 10 Mildura St, Griffith, until 2 July. Visit Eventbrite for further details. 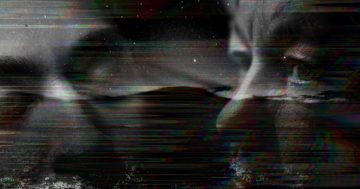