The original cast of DAGS in 1985. Photo: Canberra Youth Theatre.

The Canberra Youth Theatre will celebrate its 50th anniversary with a special production of the popular play, DAGS.

Written by Debra Oswald, DAGS was first commissioned by the theatre in 1985. The play exploring the journey of adolescence has since become one of the most popular ever written for young people.

The show has now been performed internationally in the United Kingdom and United States. It’ll hit Canberra Youth Theatre from 1-9 April.

Artistic director, CEO of Canberra Youth Theatre and director of DAGS, Luke Rogers said this work was the perfect production to open the 50th anniversary season.

“[DAGS] celebrates the legacy of one of the most popular Australian plays for young people ever written by bringing it back to where it all started,” Luke said.

Sixteen-year-old Canberra Youth Theatre actress Jade Breen said she was honoured to be playing the lead role of Gillian in DAGS.

“It is honestly so surreal because Gillian is one of my dream roles,” she said. “I absolutely love this play and the fact we’re putting it on again 50 years later is just incredible.

“I’m involved in a production with such an incredible company and I’m loving every second of it.”

A performer on stage and screen for the past nine years, Jade took acting lessons at Canberra Youth Theatre earlier in her career. She said the role of Gillian was in her mind during the original auditions, but had no expectations she would be lucky enough get it.

“As a 16-year-old girl, I can relate to all the things my character is going through. That’s the main reason I wanted to play her. These are experiences I’m having, and I’m seeing around me,” she said.

“Whether I’m watching it, or my parents are watching it, DAGS is so relevant to everyone. Gillian struggles with things like body confidence, navigating love and a social life. I truly think these are all universal experiences.”

Jade said the cast was staying true to the 80s style with bomber jackets, daggy hair, Rubik cubes and lots of bright colours, accompanied by the best of the decade’s music to create something relevant for all.

“Everyone’s going to be able to see themselves reflected in all the characters and I think that’s the beauty of the piece,” she said. Luke said the show addressed the world of adolescence and the struggle to fit in and be true to your authentic self, even if that meant not being one of the popular kids.

“These experiences explored are universal. It’s also just a lot of fun because we’re actually immersing ourselves in that 1980s aesthetic and not being very subtle about it either,” he said.

“The actors are playing teenagers at the time when their parents were teenagers. I think there is something quite eye-opening about them seeing how the experiences they’re currently going through are almost the same, just the context in the world is different.”

Luke said many people were surprised DAGS was written in the 80s – a fact that spoke volumes for its relevance today. 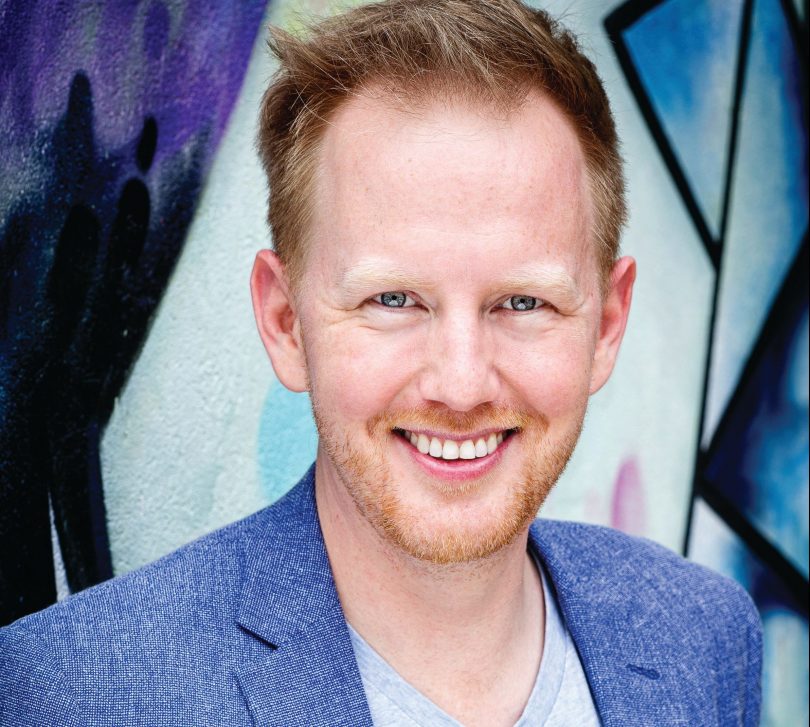 Luke Rogers from DAGS will direct one of the most popular Australian plays for young people. Photo: Canberra Youth Theatre.

“I think there will definitely be a nostalgic reaction from older audiences, and all of the young people keep on reinforcing just how relatable and relevant the characters are.”

Luke said the circumstances and experiences in the show hadn’t changed much over the last 30 years.

“DAGS is about the struggle to fit in, not knowing who you are quite yet as a person and what your identity is,” he said. “It’s about the anguish of unrequited love, and learning about what values are the most important in terms of a pursuit of happiness.”

He said it had been a lot of fun putting the show together.

“We’re feeling very positive, strong and excited to be going into the theatre this time next week.”