What really goes on behind-the-scenes of reality TV, as told by local artist Kirrah Amosa Kirrah Amosa found out the hard way that reality TV is not all that it is cracked up to be. Photo: wearefoundau

It might look all glitz and glamour but for many contestants, like local artist Kirrah Amosa, reality TV is not actually reality.

“I know the ins and outs of the show because I have friends that have been through the process before and I know that it is not real,” Kirrah told Region Media. “So I had always sworn to never do the show but this year I was contacted so many times, trying to convince me to be on the show.

“Around 5,000 to 6,000 people have auditioned this year alone so I wasn’t sure why they wanted me to come on. They said there was no way I wouldn’t turn a chair and there was no one like me on the show so I was really buttered up, treated like royalty and lulled into a false sense of security.

“I had always wondered ‘what if’, so I agreed.”

The first red flag for Kirrah was during the interview for the show, which would be aired during her blind audition.

“During my interview for the show, one of the producers tried to get me to say that I am the Australian Beyonce and put words into my mouth,” Kirrah recalled. “I knew what they were trying to make me look like an arrogant, know-it-all diva.

“I wasn’t going to give them that material so I refused to say it. I am not there to be a puppet.”

After Kirrah finished her performance of Let Me Love You, none of the judges turned their chairs. Kirrah said what was later broadcasted on television was not what it seemed, adamant that her argument with Delta Goodrem and the other coaches was fabricated by the show’s producers.

“My face wasn’t arrogant, it was shocked,” Kirrah said. “I felt betrayed because I was lulled into a false sense of security. The judges and I had a great chat but the way it was shown on TV wasn’t what really happened.”

The 24-year-old singer then received a torrent of abuse from online trolls but instead of letting it get to her, she turned the hate into a new single which was released on 5 July.

“A lot of the trolls and the people that didn’t know me said that I didn’t take their advice well, or said I looked ungrateful,” she said. “I still get messages from people who tell me to be more humble.

“I know I did nothing wrong during the whole process yet my upbringing is being attacked, the way I look is being attacked and attacking me as a human. It is not even about how I sang on the show.

“My response to these people is my new song Nothing on Me, which is also a thank you to the people who have supported me.” 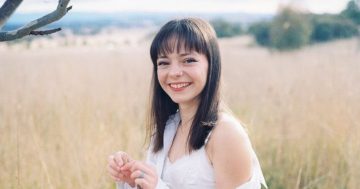 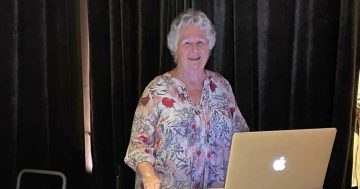