Some of the delicious vegan cakes and sweets to be sold at A Vegan State Of Mind. Photo: Between The Lines Events.

The first of two animal-free markets for 2022 invites the Canberra community to come together and indulge in anything and everything vegan.

Between The Lines Events and A Vegan State Of Mind organiser, Jannah Fahiz said the idea behind the market was to educate people about the importance of sustainable living and bring the Canberran community together.

“I’m quite passionate about the environment and how we treat animals,” Jannah said. “With my event management skills, I thought it was my duty to educate people and bring like-minded people together. That’s what I want to try and do with this event.

“Hopefully people can come in, chat to all different stores and stallholders, listen to a workshop and take away a little bit of knowledge from the market.”

Jannah said the market was entirely plant-based and rubbish-free. Only recycling and compost bins will be used.

“It’s basically a lot of different sustainable groups and animal advocate groups coming together and trying to teach everyone about how we can all live a little bit kinder each day,” she said. Animal Justice Party primary senate candidate for ACT, Yana del Valle will be one of the market’s guest speakers.

Yana said A Vegan State Of Mind was a great opportunity for vegans such as herself to come together and be educated, especially since the lockdowns in 2021 made it almost impossible to reach out to people and connect with them.

“I’m excited to re-engage with like-minded individuals who care equally about animals, people and the planet,” she said.

“This event allows some respite from the horrific situations brought about by not only the north-east flood-affected areas at home, but also the Ukraine invasion. We can all do with a lot more kindness, equality, rationality and non-violence.”

READ ALSO Another farmers market springs up in Canberra

Twenty stallholders have already registered for A Vegan State Of Mind, including those selling delicious vegan cakes and savouries.

But Jannah said the event was a whole lot more than food.

“Although it’s in the name, the market is not only for vegans,” she said. “It’s for people who would just like to take away something, and each day live a little bit nicer and be more aware.”

The family-friendly and free event will discuss activism, mental health, a more eco-friendly community and the benefits to introducing a more sustainable society.

Get ready for the first A Vegan State of Mind market for 2022. Photo: Between The Lines Events, Facebook.

Jannah said the market, expected to attracted about 500 people, would also showcase local artists and raise funds for animal sanctuaries from Canberra and surrounding regions.

“A Vegan State Of Mind is an event that brings together the community to learn and celebrate a more sustainable way to live,” she said.

The market in Glebe Park on Sunday 20 March runs from 11 am – 4 pm. The next market is set for September. 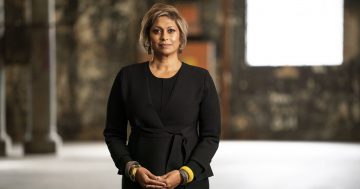