Who is Louis Couttoupes? I was the head chef at Bar Rochford before opening the Kiosk pop-up in Kingston last summer. I just got the keys to a new place in the inner-south. We start building in a few weeks and should be open in the second half of the year. Fingers crossed …

Best recent dining experience: Flavours of Jiangnan in Dickson is a recent discovery and has quickly become a favourite. It’s a mum-and-dad outfit, focusing on Eastern Chinese food, and their daughter runs front-of-house by herself after her full-time day job. They make everything from scratch, and the flavours are simple but so delicious. It’s really friendly and feels like the best home-cooked meal. The fish and pickled mustard green noodle soup is the go-to, with mountains of dumplings and red-cooked pork. We end up there about once a week.

Must-buy ingredient: Miso paste. There are so many different types, and each one is so versatile. It’s great as a broth, but also works as a marinade, and in sauces and desserts.

Next big thing: “Conscious food” will become increasingly mainstream. People are already demanding more of their food and wine – paying close attention to the provenance and conditions of production, and being more conscientious about the impacts of consumption. In restaurants, I think this will manifest as an increased focus on sourcing local, small-scale produce, reducing kitchen and food waste and, hopefully, creating menus that are genuinely seasonal by letting producers decide what we eat based on their harvest, rather than designing dishes driven by popular or out-of-season products.

Favourite place for breakfast in the ACT: Intra in Campbell. The coffee is always good, the staff are great, and the food menu has always been different, super simple and just plain tasty. Their kimchi jaffle rocks, but I’m also really into the LP’s blood sausage bolognese one. I love that it is opposite a dog-friendly park as well. The kimchi jaffle is a must-try at Campbell’s Intra cafe. Photo: Michelle Rowe.

My Canberra food secret: For me, it’s that Canberra is a forager’s paradise. There are so many things growing wild if you just know where to look. Mushrooms, wild fennel, salsify, and all kinds of fruit are all over the place. There is also an abundance of under-appreciated native foods that are probably growing right under your nose. Reach out to the guys working in this area to learn as much as you can about local indigenous food and you will never look at your surroundings the same way again.

Biggest culinary influence: The first guy I worked for, Edward Delling-Williams at Au Passage in Paris. He was young and crazy energetic. It was always fun to be in the kitchen, blasting music and talking rubbish. The menu changed every day based on what was at the market and what the farmers dropped off. It’s more like a creative free-form style of cooking using what’s in front of you than a traditional kitchen. Too many chefs tend to spend weeks perfecting dishes before they make it on the menu, and the result for me often turns out to be this over-thought and overly complicated thing. Cooking should be simple and delicious.

Favourite cookbook: Bar Tartine: Techniques & Recipes by Nick Balla and Cortney Burns. It is part recipe book and part cooking manual. It doesn’t teach you how to make specific dishes per se as much as it teaches you how to make things from scratch and get the most flavour out of ingredients, and then you figure out the best things to make with them. And it is super user friendly! Who I admire on the Canberra food and wine scene: Dan Zivkovich from Barrio and Old Girls (his butchery side hustle trading exclusively in retired dairy cows and old sows). I love finding out what he’s experimenting with at Barrio, but when he calls up to tell you he has a side of some heritage pork breed, you never say no to that. More importantly, he is such a level-headed, decent guy. He is passionate about what he does but doesn’t let it get in the way of spending time with his family and having a proper work-life balance.

What’s on the menu this week: Perhaps not a menu item, but I’m teaming up this week with some friends to make use of the windfall fruit crops at this time of year to make some ciders and preserves. Sam Vincent from Gollion Farm just outside of Sutton grows some of the best fruit I have ever tasted, especially his figs. He has some heirloom apples that are just about ready to make into cider for the winter and Tom has made his fair share of that in the past.

Where I’m going next: Whatever Gerald Ong and Ester Loke do next now that they’ve wrapped up Project Enoki. They are such a great team, and the food and atmosphere they create are so welcoming. So long as they bring back the scallops with pepper and hazelnuts and Ester’s Basque cheesecake, I’ll go wherever they go. Death row meal: A tray of homemade tiramisu. The kind you could fall asleep in.

My COVID-19 response: COVID forced me to adapt and experiment in ways I hadn’t thought of before at Kiosk. We figured out new dishes that were more takeaway friendly, opened as a bottle-shop and started making cook-at-home products. None of that would have been possible, though, without a really supportive community. I think diners have been just as flexible as restaurants in adjusting their expectations and assumptions about what it takes to run a restaurant. That has been really positive for both sides of the equation.

My really simple recipe tip: I always have a fresh burrata or buffalo mozzarella in the fridge. Aside from the classic Caprese with tomato and basil, they work with any fruit and herbs from the garden or fridge. Figs, sage and walnuts; grilled peach and mint; strawberries, thyme and balsamic. Always add olive oil and sea salt! Serve with some fresh bread, and you are good to go. 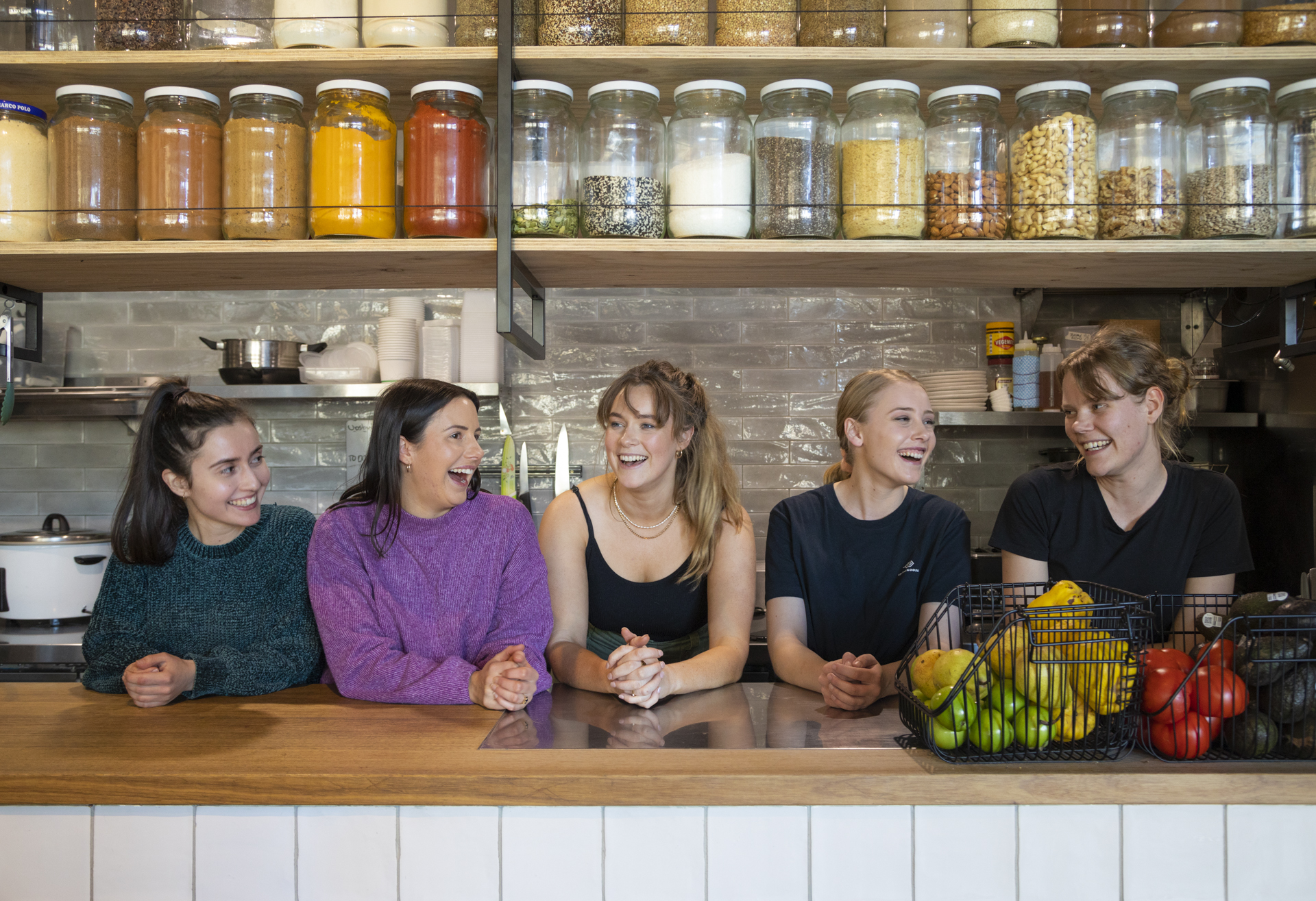